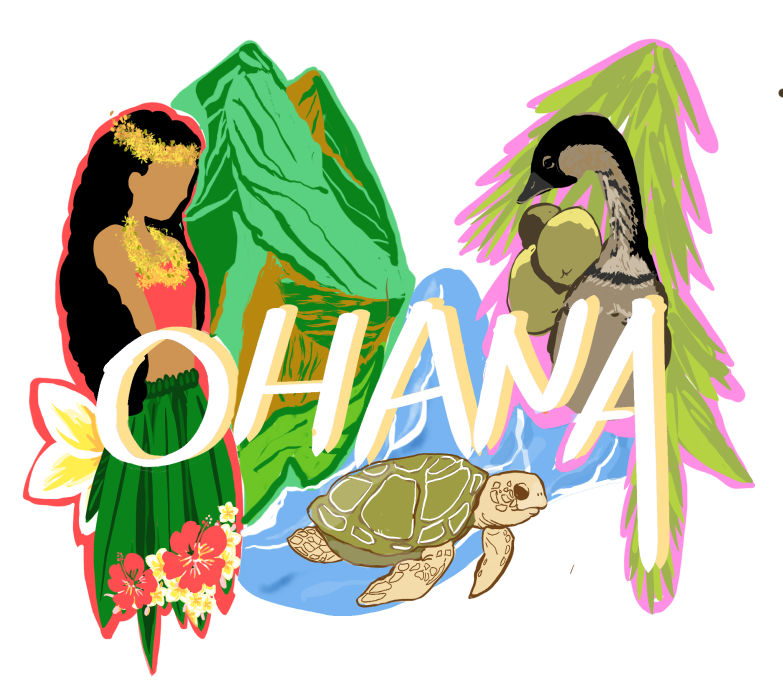 This interactive game expresses biocultural values through Hawaiian legends and folklores while tying them back to promoting sustainable practices and change. The hope is that players experience a transformation in their perspectives, an increase in their knowledge, and a willingness to better the earth that we live in.

I led my team during the span of three months in research and game design. Out of six teams, Phipps chose our team's game to be featured and built out for their Tropical Rainforest Hawaii exhibit, for which I served as the Producer to discuss and represent our work. 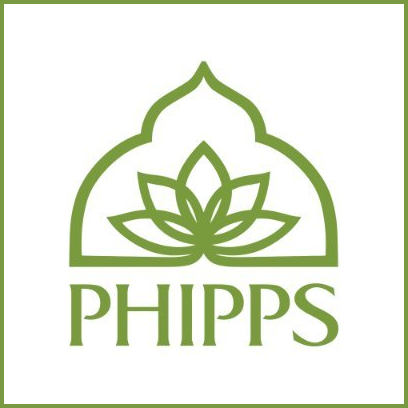 Phipps Conservatory and Botanical Gardens is a botanical garden set in Schenley Park, Pittsburgh, Pennsylvania, United States. It is a City of Pittsburgh historic landmark and is listed on the National Register of Historic Places. Phipps tasked our class to design a game that encourages visitors to see themselves as caretakers of their community’s land and activate their part in biocultural conservation of their own environments. Team Members: Jane Lee (Producer & Game Designer), Riya Shrivastava (Quality Assurance), Tia Tang (Game Designer), Jenny Wang (Artist), Stella Yan (Game Designer)

I conducted background research on Hawaii, consulted with experts in the field (shown in the picture) to ensure that the facts we were promoting in our game were appropriate and accurate, and coordinated with Phipps directors to ensure our game was feasible for installation. I reviewed research papers and articles on the psychology of museum environments and on gamification in museums, which my team was able to use when designing game mechanics. 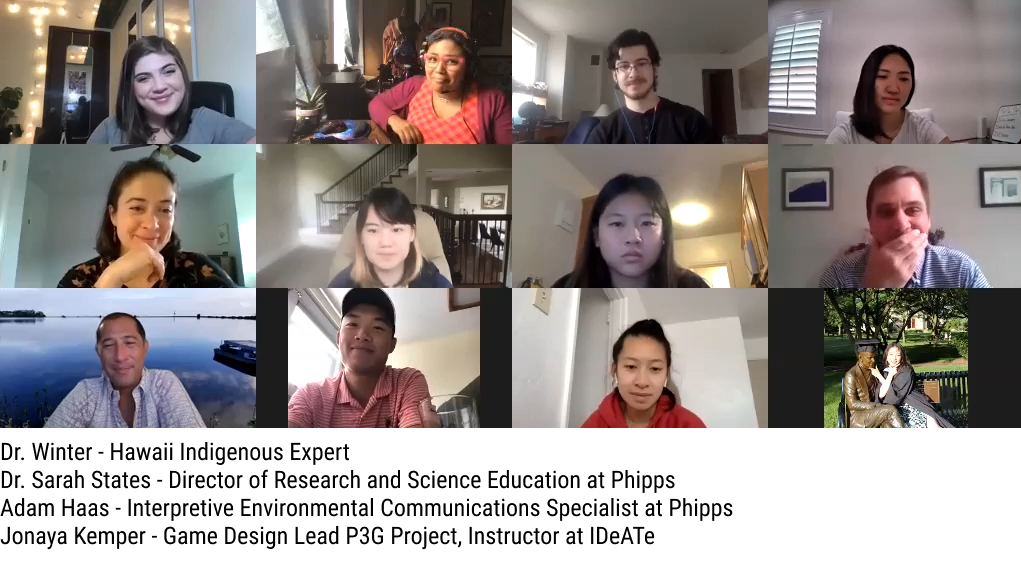 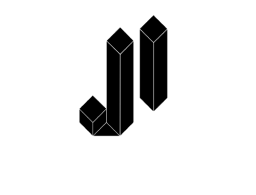 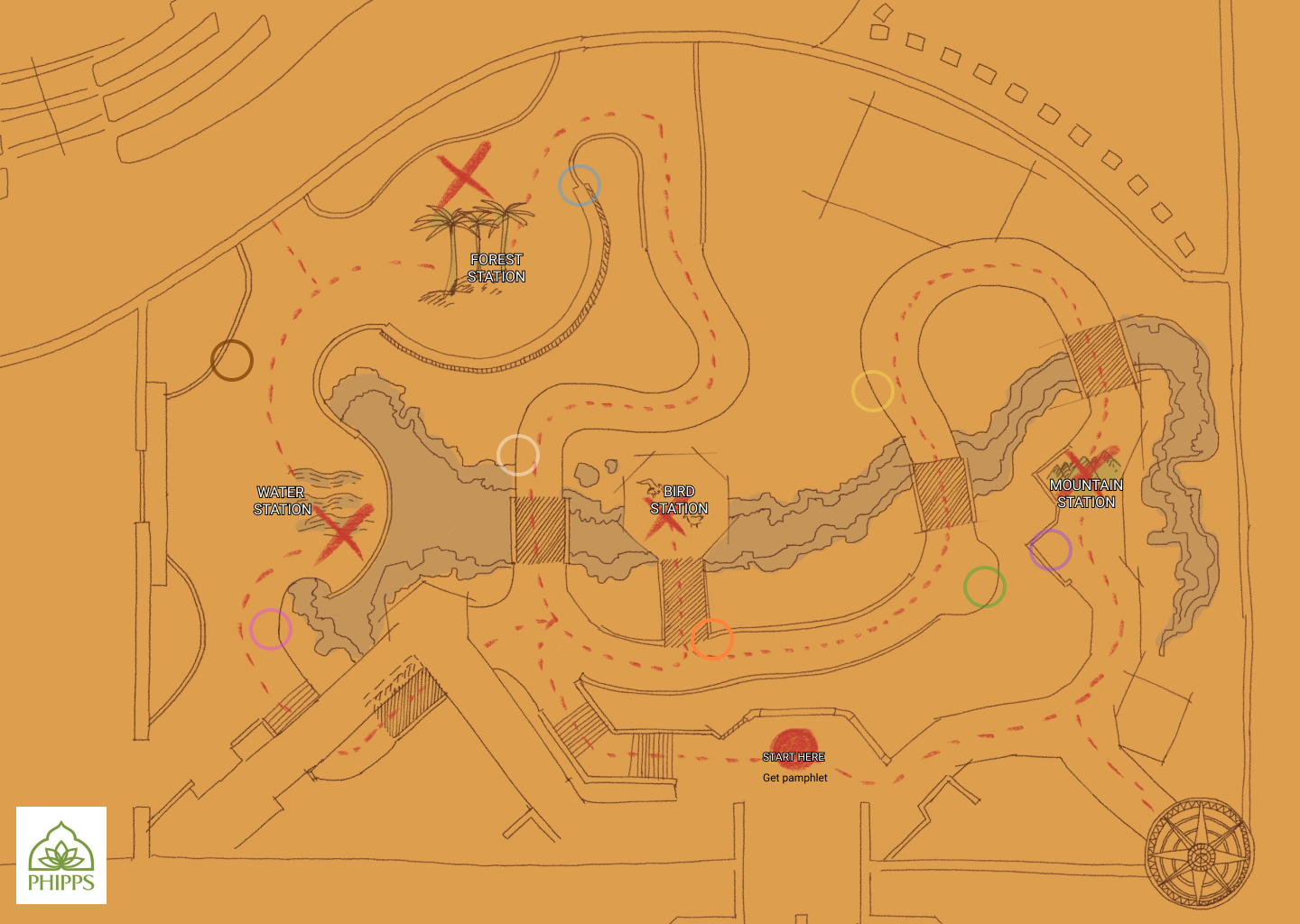 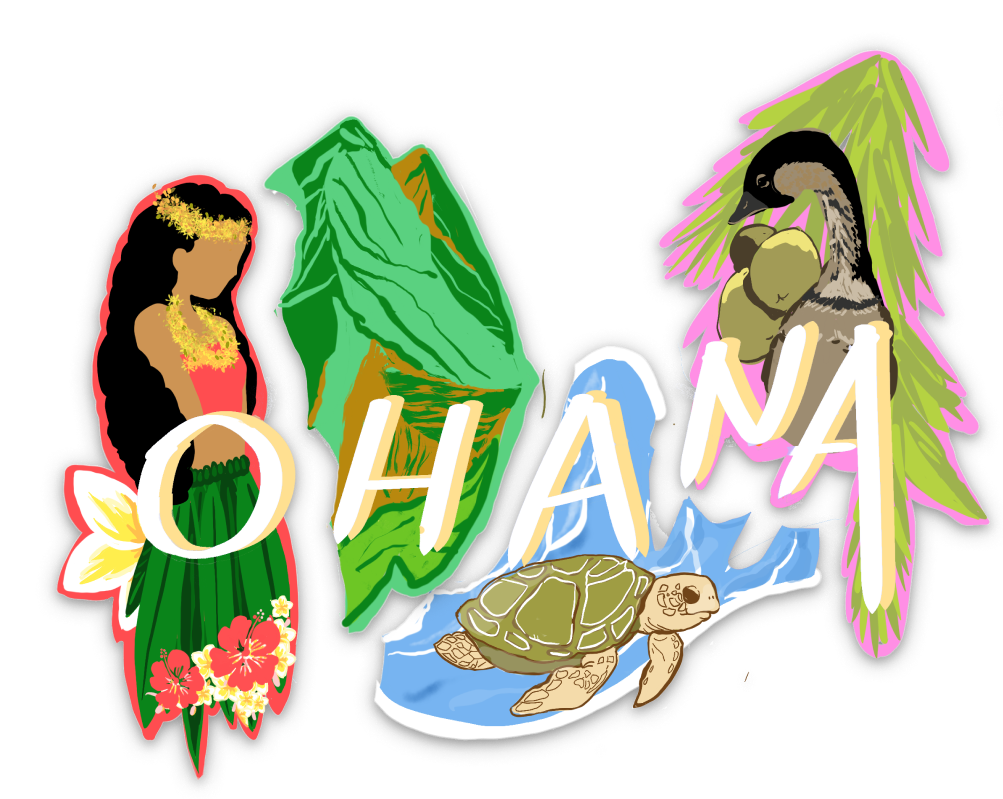 This game was designed to connect guests with Hawaiian culture, Indigenous knowledge, and regenerative thinking, in hopes that they could integrate sustainable practices in their lifestyles. We took our target persona of "the explorer”, someone who has the need to satisfy personal curiosity and interest in an intellectually challenging environment, and prioritized creating a game that would be educational and interactive. By building on existing research on transformational games and analyzing relevant and exemplary games, we decided that a scavenger hunt with stickers as rewards would be an effective method for educational engagement. We designed the map route of the game, as shown in the picture, to ensure that guests followed social distancing and safety protocols.

As the team’s producer, I made sure that we focused on making a meaningful impact and constantly being aligned with our purpose. This meant grounding our designs in research and facilitating discussions on what emotions we wanted to evoke from players and on what kind of change we wanted to promote. Our game's design was grounded in my research shown in the picture.

In order to create the best version of our game, we playtested early and often and made many iterations. The picture shows a few of these iterations. Due to Covid restrictions, we had to playtest virtually as we were unable to do it physically, which posed a challenge for us since our game is intended to be a physical game. However, this challenge allowed us to get more iterations in, reduce potential environmental distractors, and get feedback on specific details. 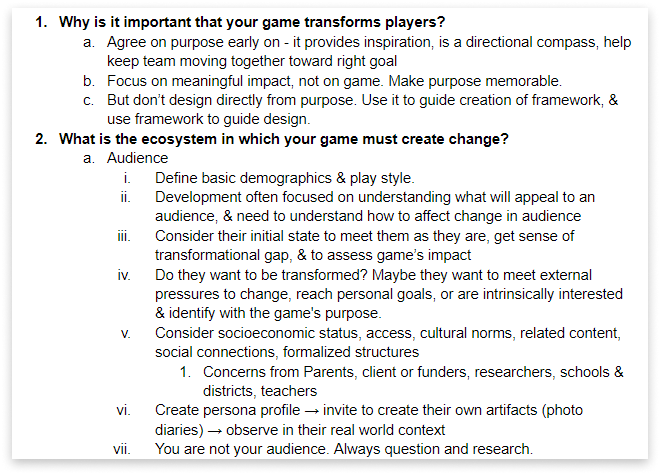 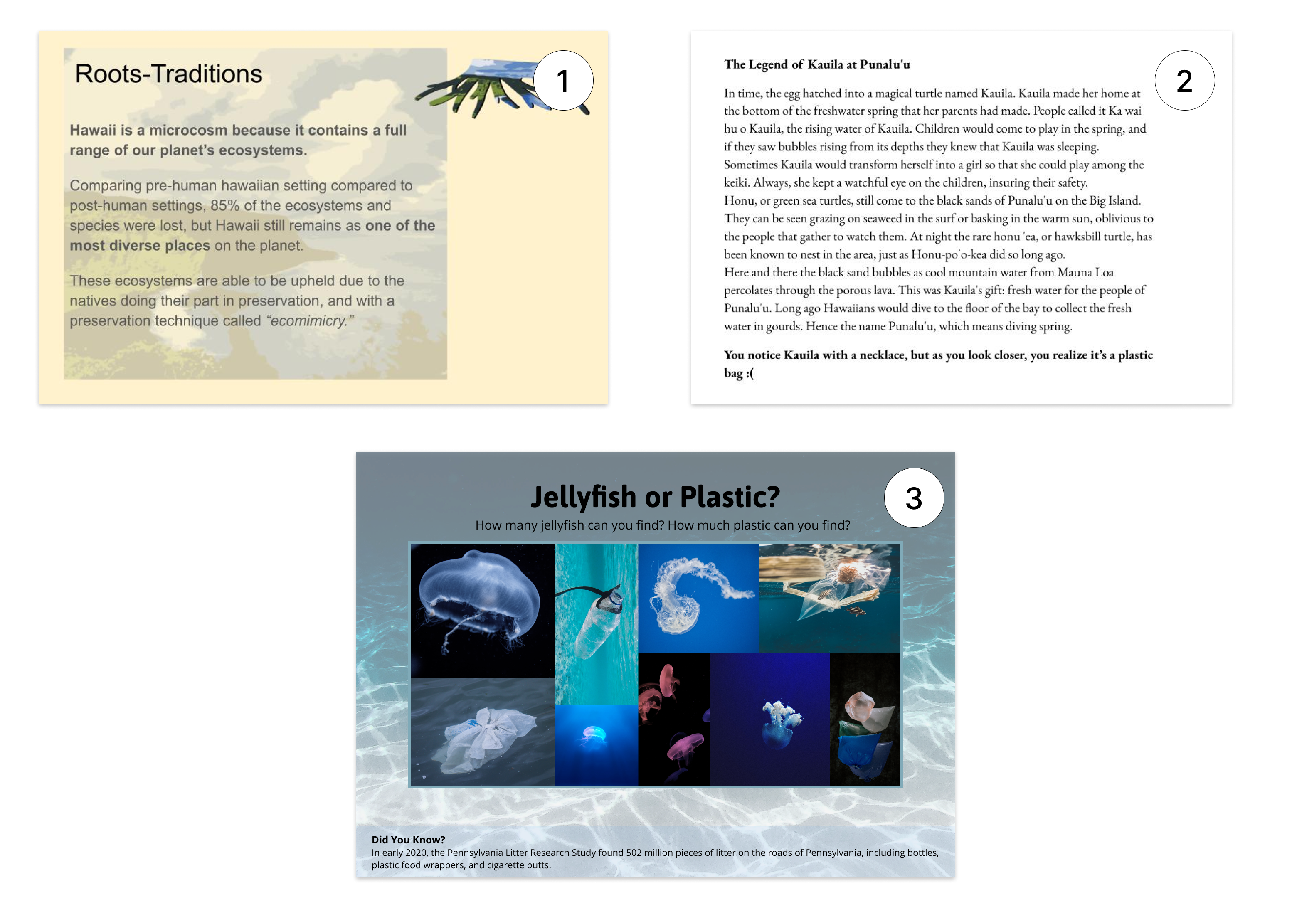 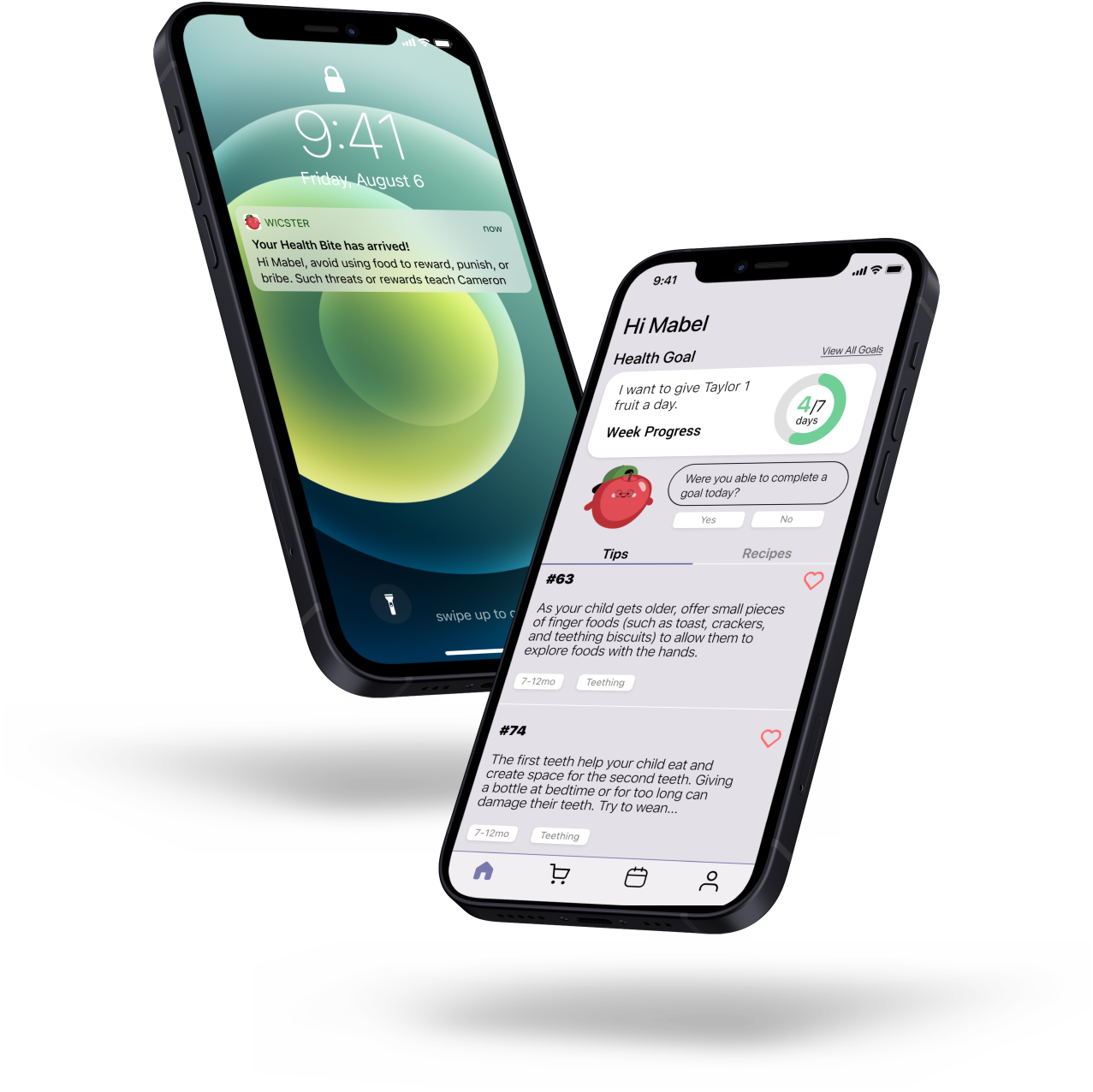 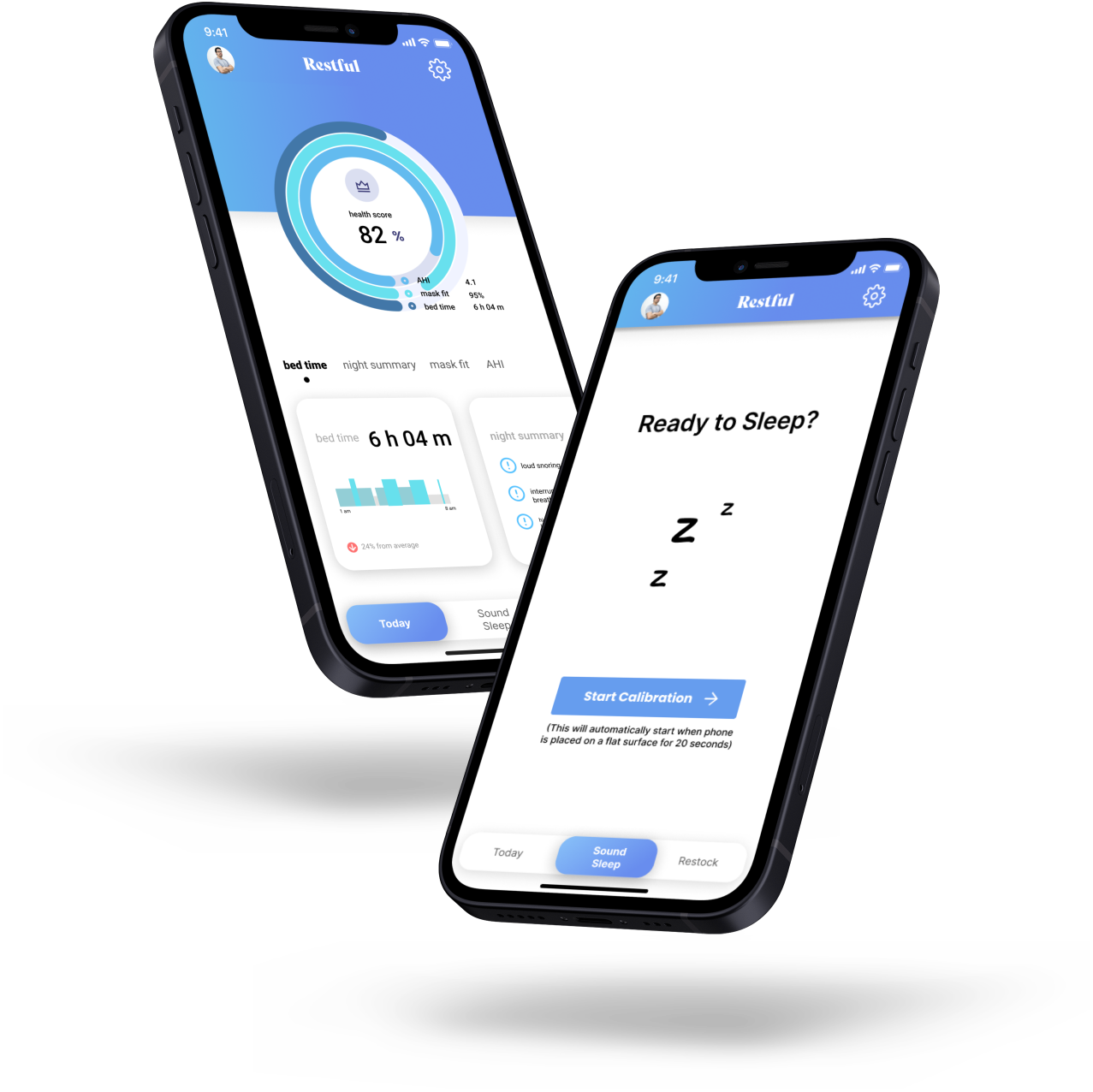 Promoting better sleep for people with sleep apnea and other sleep disorders.
Let's make something great together.

Do you have a project or an idea that could use some help? Let’s work together!

Connect your ERP, CRM or automate a process